About « Consciousness » a String Theory Symphony

« Consciousness » a String Theory Symphony, composed by Yannick Paget, is the new creation of the ensemble N'SO KYOTO.
It will be performed between May and December 2022 at various locations in Kyoto.
Composed of 5 performances or installations mixing acoustic musicians, spatialized sound, video installations, and transdisciplinary collaborations, "Consciousness" a String Theory Symphony is an immersive, multi-dimensional piece.
It is based on a new musical language created in close collaboration with the physicist Koji Hashimoto.
The theme of the Symphony :

From the infinitely large (galaxies, planets, etc.) to the infinitely small (atoms, electrons, etc.), from living matter to inert matter, as well as the interactions and forces that govern the universe, EVERYTHING consists according to the string theory, of elementary particles that are themselves made up of a single material: a vibrating string (see page 5) .
The Symphony embodies the observation of this unique matter, questioning the vision of what surrounds us, and guides us to apprehend the universe and its diversity in a new way.

Through this unique collaborative work between Art and Science, "Consciousness" a String Theory Symphony, transposes the invisible fabric of the universe and the strings that constitute it into a sensitive sound and visual form.

Through five movements : Relativity, Quantum, Dual Resonance, Singularity and Fundamental Interactions, "Consciousness" a String Theory Symphony, offers the audience an artistic experience that allows them to deepen their sense of the universe and to explore where man-kind stands, as well as the complex connections that unite us with our surroundings.

Following the idea of the symphonic form, where the composer creates a whole new world and composes the score according to his own laws, using all possible means, "Consciousness" a String Theory Symphony not limited to any formal writing and supported by numerous collaborations, expresses the multiform reality of the world.

The 5 performances will be held along with various conferences where scientists and artists will be brought together, enriching the audience’s views.

Heart of the project: the collaboration with the physicist Koji Hashimoto and the creation of a new musical language

Yannick Paget has been collaborating for several years with the Japanese scientist and physicist Koji Hashimoto in order to transcribe the principles of The String Theory into musical scales and codes.

About The String Theory

It is the culmination of Einstein's dream of a theory of everything that could unite the theory of relativity and quantum physics.
It concentrates the research of thousands of scientists in the world and accelerated the construction of the CERN Large Hadron Collider..

The string theory indicates that everything in the universe - matter such as substances that consist our body and non-matter such as photons that govern light - are all made out of vibrating strings.

About the conversion of the String Theory into musical language

Yannick Paget and Koji Hashimoto analyzed the Chan-Paton Factors that determine how the strings are programmed to create each particle. The result allowed them to determine a series of three chords for each particle.
The antiparticles were treated in the same way. From there, it was possible to musically reproduce basic interactions such as those that occur within the Sun or in the creation of atoms.

Yannick Paget has focused in his recent work with Koji Hashimoto on adding parameters such as variations in string vibrations and taking different dimensions (string theory has nine spatial dimensions + time) into account.

Yannick Paget is also working to convert the String Theory formulas into pure frequencies, as in computer generated sounds.

Theme : A performance reflecting the theory of relativity, the first step to becoming conscious of the linkage between time and space. Concept : During this performance the audience will experience a relative realm made by sound waves and spaces. These are perceived by the audience when moving from one musician to another.  (The musicians are dispersed in different places of the observatory). 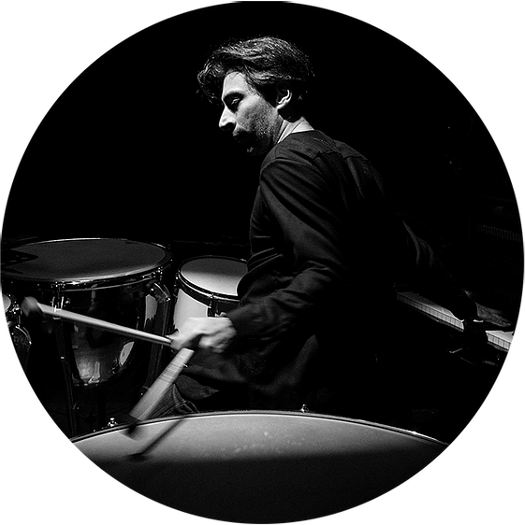 A 3-day exhibition presenting a series of ceramics based on the String Theory + musical performances (by percussion, electronic music,  and a newly created ceramic instrument).
(the exhibition will be coupled with the movement III, see next page)

Theme : The exploration of the infinitely small and the vibrations of matter.

Concept : Special collaboration with Toru Kurokawa
Being passionate for several years about the String Theory which brought to his work a new relationship with shape and dimension, Toru Kurokawa collaborates in this project with Yannick Paget, creating an instrument specially designed for this movement from a ceramic object.

Conference : In conversation with Toru Kurokawa/ Yannick Paget and Koji Hashimoto (after the first performance).

Theme : Dual Resonance is the theory that gave birth to the string theory. It observes that during an interaction between two particles (performed in a particle gas pedal), two non-identical and simultaneous results can be observed. A paradox? A matter of point of view? Simultaneity of several realities?
Concept : This movement proposes the exploration of the Dual Resonance concept through a choreographed film and  video + sound installation (two screens face to face, and spatialized sounds). 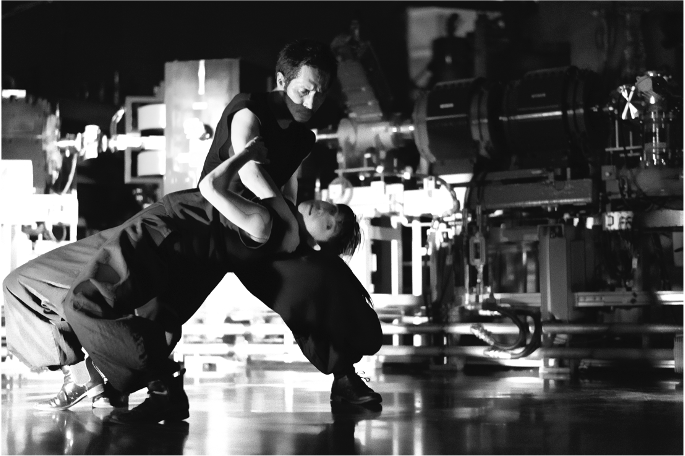 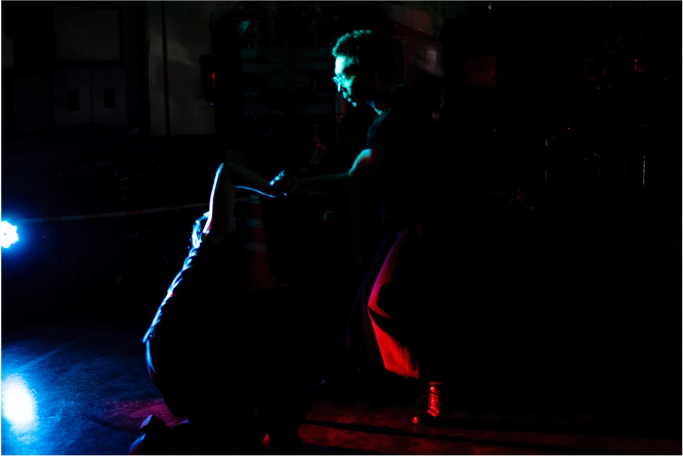 Theme : At this movement, we focus on singularity, Where the general laws of physics do not apply. What about “Free Will“ ? Is man-kind a singularity of the universe?

Concept : During this piece there is no sound diffusion by loudspeakers. The wood material of the temple is used as a resonator and  vibrates as well as different objects on-site do while the audience discovers them through moving around the different spaces. 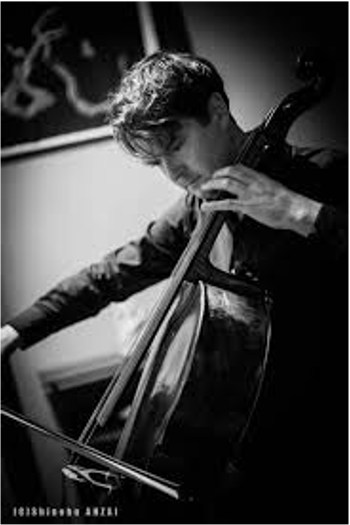 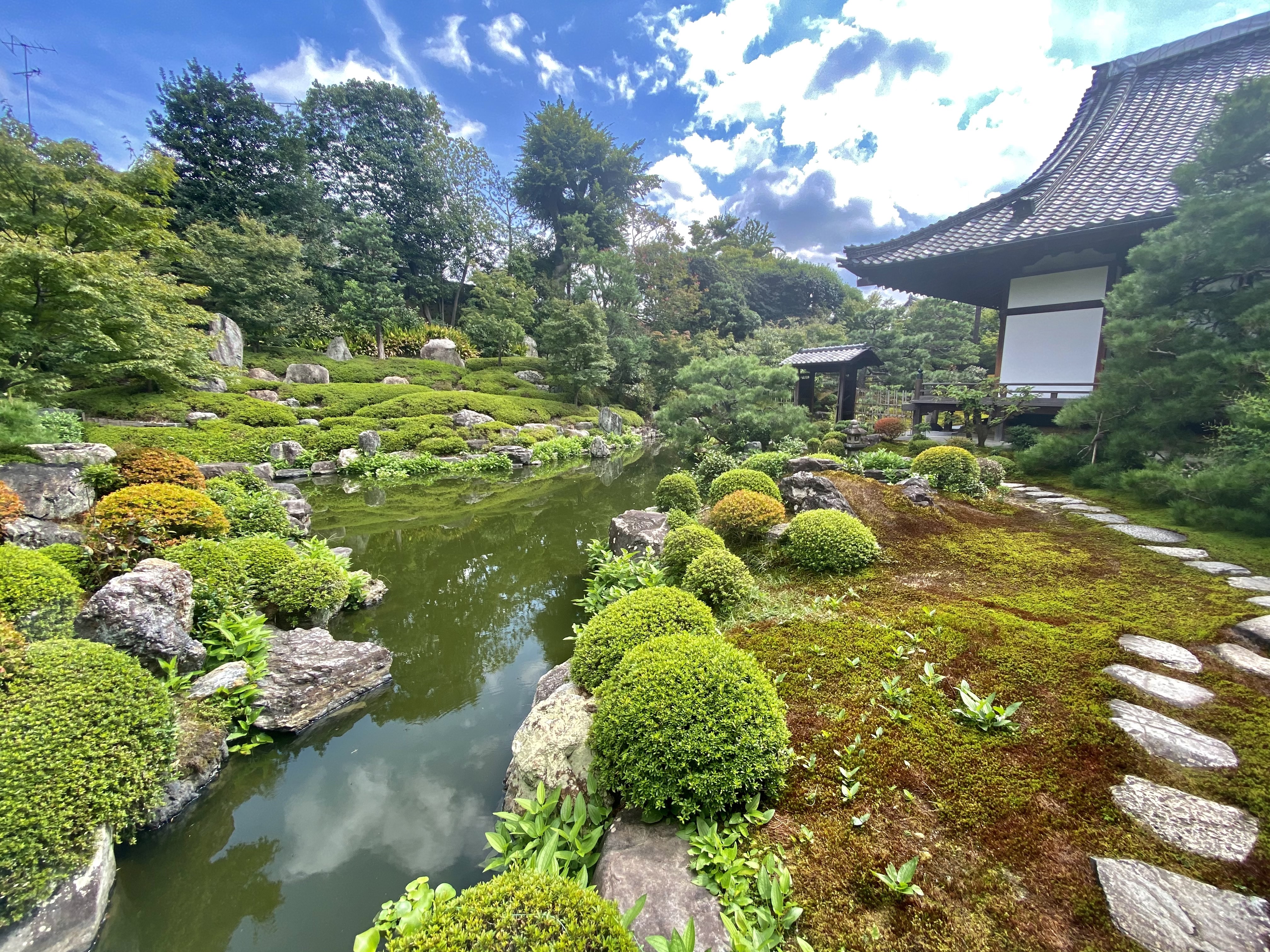 Theme : Interaction forces that govern the universe: towards a theory of everything?

Concept : This last performance is the culmination of the symphony and proposes an immersive concert with 12 musicians drifting in the space, surrounded by 4 screens. The audience is seated in the center of the flowing images and sounds. 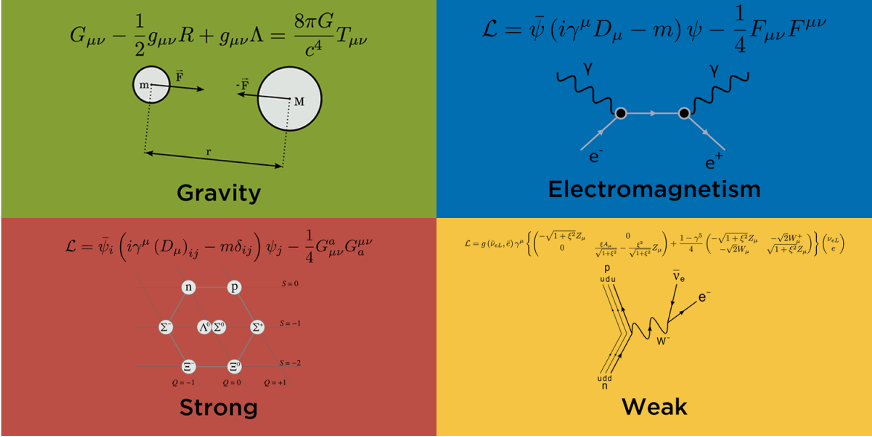 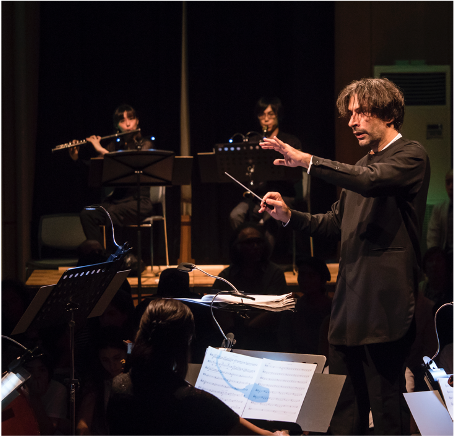